As is often said in reference to the theatre, playing is a serious matter. Especially if it takes place in reference to health and well-being. The phenomenon of gamification for health is neither recent (the term began to be used around 2010) nor foreign to the field; what is certain is that lately the desire to experiment has been overwhelming and, in many respects, successful.

Gamification refers to the application of the rules of game design in non-game contexts. This is done by tracing the storytelling typical of video games and adopting their language. The aim is to make participants more active and motivated to achieve one or more objectives, stimulating competition, a sense of belonging to a team and the prospect of a prize or reward.
Some of the elements that characterize playing in this way (especially in the digital dimension) are:

These are the cardinal elements that unite and characterize every game design, triggering those psychological processes typical of the game or similar situations.

In the minds of the participants

We have said that play, even in non-game contexts, can improve participants’ attitudes, making them more active and motivated. This is because by having fun the person is immersed in the task at hand, gaining satisfaction in tasks that might not be so exciting in themselves, such as completing a form or doing a rehabilitation exercise. But why does this happen?

The explanation lies in our brain. The secret that motivates and encourages us to continue a playful or ‘ludicised’ activity is that it makes us happy. And it makes us happy because in these contexts the neurotransmitter dopamine, a hormone that is released when rewarding goals are achieved, is activated. The use of reward, of prize in gamification, is based on this very neuroscientific principle. We are sensitive to the pleasure of victory or the very prospect of a goal that interests us. And that games (and more specifically video games) contribute to this activation and increase in dopamine has been proven in several studies at the beginning of the new millennium.

Another important psychological factor that emerges during gaming is what psychologist Burrhus Skinner called operant conditioning.
By observing and inducing certain behaviours in the mice that were his subjects in his experiments, Skinner realized that through positive reinforcement, it is possible to obtain the desired behaviours spontaneously and more frequently.

If for Skinner’s mice the reinforcement came in the form of the meatballs they obtained by pressing a button they discovered while exploring their environment, for players it can take the form of reward, approval, or recognition.

Gamification for health and well-being

How can this be useful in the area of health and well-being?
Making tasks and exercises relating to our state of health fun and entertaining can have two positive effects: the first is that we can approach them in a more positive, constant and effective spirit; the second is that this kind of solution can help alleviate states of anxiety and tension.

The areas of use in health are varied but can be distinguished by their purpose of application. In some cases, gamification can help prevent the onset of chronic problems; on the other hand, it can help in the neurocognitive and/or physical rehabilitation of persons already affected by trauma or illness.
As far as the preventive aspect is concerned, we already find in circulation numerous gamified applications for:

The rehabilitation aspect, on the other hand, includes taking care of pathologies and/or traumas of both a cognitive and physical nature. In these cases, gamification would help the recovery, even partial, of reduced capacities and abilities:

The applications are many and varied, some already implemented, others implementable in the more than near future. The effects of gamification, as we have seen, are neuroscientific and psychological in nature, proven by the results of activities that make successful use of it.

Even in the sphere of health and medicine, therefore, its effectiveness is optimized and measurable; its integration in hospital or home use naturally follows, going so far as to enhance the interventions of specialists and caregivers, thus saving time and resources.

In an assistive device such as Kibi, some of these implementations (those related to the prevention of cognitive impairment or the strengthening of virtuous circles for health and wellbeing and active aging in general) are intuitive and naturally linked to its functionalities. A voice assistant that can rehabilitate and prevent, while playing. What more could you ask for? 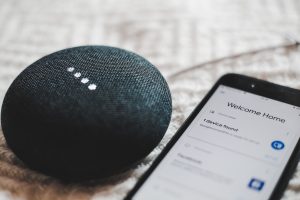 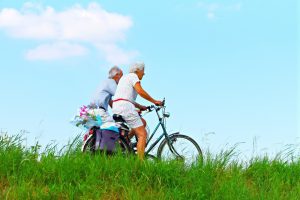 The cognitive decline that accompanies the onset of dementia most often affects older people; however, this does not exclude the possibility of earlier manifestations of

Read more »
PrevSmart (at) home: how Iot can help health